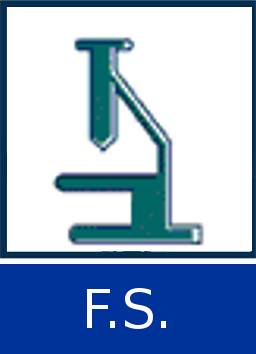 [en] Recent observations of ultrahigh-energy neutrinos at the km³-volume, South Pole based detector IceCube have revealed interesting discrepancies between sets of observations distinguished only by experimental cuts but ostensibly looking at the same incoming flux of particles. The High-Energy Starting Events (HESE) sampling over 2078 days looks only at events which have their first interaction inside the detector volume and finds an event spectrum supported by a soft incoming neutrino flux (power law with a spectral index of -2.91). In contrast, the Through-going muons (Thµ) sampling, collected over 8 years, identifies only those events which have originated outside the detector but have part of their resulting tracks cutting across the detector volume and finds support for a much harder incoming flux (power law with a spectral index of -2.19). The sharp differences of these 2 spectra are brought to the forefront by the different numbers of Glashow Resonance events they predict. The Glashow Resonance is an enhancement of the electron antineutrino cross section at around 6.3 PeV within the paradigm of Standard Model physics, which should lead to a sharp spike in event rates seen around this energy. Only a single cascade at these energies has been observed --- that too only when enhancing the effective detector volume beyond its instrumented one by including partially contained cascades.

We first investigate if these two disparate flux shapes and their very different predictions for the number of Glashow Resonance events can be explained --- despite originating from similar sources --- by standard physics alone, and find that unlikely. Therefore, we examine non-standard physics, focusing on neutrino decay, a scheme in which heavier neutrinos are not stable particles and decay into their lighter siblings. The goal is to consider an incoming neutrino flux consistent with the best-fit from the Thµ sampling and see if the effects of neutrino decay modify it in such a way that we are able to reproduce the event rates of the HESE sampling. With that objective in mind, we find that although the normal and inverted neutrino mass hierarchies lead to the same event rates when considering only standard physics, they differ widely once we include non-standard physics in the propagation of neutrinos. We find for the neutrino decay that the normal hierarchy fails to provide enough of an effect on the hard flux, and thus cannot explain the HESE event rate. The inverted hierarchy, on the other hand, proves more promising, allowing the reconciliation of the two best-fit fluxes as well as explaining the single Glashow Resonance event. We also consider the influence of the θ13 mixing angle and the CP violating phase by taking their 3σ interval into account. These effects do not alter our qualitative conclusions.

We also note that the interactions leading to the production of neutrinos at sources are not experimentally confirmed. Therefore, we consider two different cases: 1) photo-hadronic interactions (pγ) leading to neutrinos and 2) neutrinos from high-energy neutron decay as representative examples to explore what differences to our results that would entail.