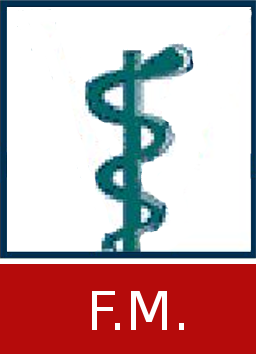 [en] Eosinophils are polymorphonuclear leukocytes mainly known for their role in protection against helminthic parasites. Beyond this immune function, eosinophils have been attributed diverse roles in health and disease. On the one hand, eosinophils contribute to immune and metabolic homeostasis and participate in tissue morphogenesis and regeneration. On the other hand, eosinophils are associated with tissue lesions in a variety of human diseases such as eosinophilic asthma, in which they are thought to play a pathogenic role. Indeed, the severity of eosinophilic asthma is positively correlated with the number of blood and tissue-infiltrating eosinophils, and biological therapies that eliminate or control the number of eosinophils improve control over exacerbations of severe forms of the disease. Nonetheless, mere counting of eosinophils is not a perfect predictor of the response of individual patients to anti-eosinophil targeted therapies. This led clinicians to posit that yet-to-identify factors may determine whether eosinophils are “good”, “bad” or “bystander” cells in asthma. Indeed, eosinophils are more labile than their classical vision as terminally differentiated effector cells posits. Eosinophils are able to adapt to their tissue microenvironment, which calls in the notion of plasticity.
In this work, we address the question of whether and how the alarmin interleukin (IL)-33, a pro-inflammatory cytokine of the IL-1 family and major activator of eosinophils, could participate in the plasticity of eosinophils. Indeed, it has been shown that IL-33 induces a plastic response in macrophages, in which it first elicits a pro-inflammatory gene expression program and later reprograms macrophages into pro-resolving and pro-remodeling cells. Therefore, we studied the short- and long-term transcriptomic response of human blood eosinophils to IL-33 ex vivo. The results showed that IL-33 induced a short term, NF-κB-controlled pro-inflammatory program in eosinophils but no detectable long-term transcriptomic response. Thus, our results suggest that IL-33 signaling does not elicit a long-term plastic response in eosinophils.